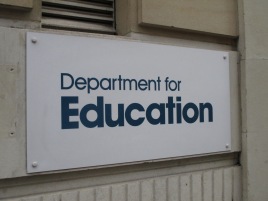 In recent weeks, parents of summer born children have been receiving correspondence confirming whether or not their child can enter Reception at CSAge without further battle.

The educational fate of these children is entirely in the hands of subjective opinion and a postcode lottery, and Stephen Hammond (Conservative MP for Wimbledon)’s efforts to push for promised progress have yet again seen the DfE stalling.

The DfE says it’s still busy “gathering evidence“, concerned that “the costs could be significant“, but given the lack of action since Nick Gibb MP‘s promises in 2015, it’s very likely that this evidence will be designed to justify a decision that has already been made.

Even the simplest financial calculation can recognise the cost-savings in SEN support alone, but the DfE will likely focus on the problem of summer born children finally getting access to the same 6 terms of pre-school funding as autumn born children.

These are Minister of State for Education’s latest responses to Mr. Hammond’s questions on March 27:

Hammond: “To ask the Secretary of State for Education, what estimate his Department has made of the cost to the public purse of giving summer-born and premature children the right to start reception at the age of five.”

Gibb: “The costs of this change would depend on the level of take up, which is difficult to predict. We are gathering evidence to help us better estimate the likely take up and costs. If large numbers of parents choose to delay their summer born child’s entry to reception, the costs could be significant.” HC Deb, 27 March 2018, cW

Hammond: “To ask the Secretary of State for Education, what progress his Department has made on giving summer-born and premature children the right to start reception at the age of five.”

Gibb: The Department is giving careful consideration to how these changes may be made in a way that avoids unintended consequences elsewhere in the system. Any changes to the Admissions Code will require a statutory process, including consultation and parliamentary scrutiny. The Department will consider the appropriate time for consulting on these changes in the context of competing pressures on the parliamentary timetable. HC Deb, 27 March 2018, cW

Note that the long-term standard of “in due course” has changed to “the appropriate time“.

Meanwhile there are children who were born in summer of the year Nick Gibb MP made his promise (2015), whose parents will THIS YEAR be forced to apply for an early school place they do not want for their child – or begin the process of a lengthy battle with their local schools’ admissions authority/ies.

And in terms of cost, many of these battles involve the services of countless NHS health professionals (being asked to assess and submit reports on the physical and mental health of 3 year-old children), plus special ‘request/decision panels’ (involving school head teachers and local council staff), plus LGO and OSA processing of parents’ complaints, plus repeated Reception classes.

The biggest cost is shouldered by parents and children.

In recent months, we’ve learned of more cases where children are being made to skip a whole year (and a later year, not the Reception class) of their primary school education, simply because the head teacher or council says the child ‘must’ be returned to their ‘correct’ chronological age group.

This, coupled with the 4 year-old children forced to enter Reception class against their parents’ wishes (or risk losing a school place altogether if they wait to apply for Year 1 entry), heading down a well-evidenced path of being more likely to struggle, fall behind, need SEN (incl. mental health) support, and achieve worse exam results.

But still, the DfE refuses to act.

This entry was posted in CAMPAIGN UPDATES, THE DEPARTMENT FOR EDUCATION. Bookmark the permalink.