Posted on September 13, 2013 by Caesarean Birth 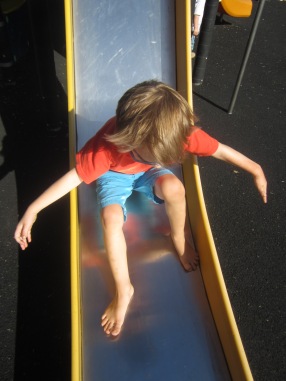 Take a look at the ‘In the News‘ page for links to articles this week on The Telegraph and BBC News websites. I will post more on this week’s events in due course, but a few things to note in the meantime:

The debate about increasing the age at which young children begin formal education is not the same as suggesting that all children enter primary school later. I have read numerous comments this week suggesting that children from less motivated backgrounds could end up missing out on valuable years of education, but if they’re learning through educational play at school, this would not be the case say these experts.

BBC London discussed the issue on Thursday, and callers to Vanessa Feltz ranged from agreeing that an age 5-6 start would be better for their children (instead of the current age of 4), to arguing that their children would be bored waiting to learn to read and write until an older age.

For me, this highlights one of the fundamental problems with our current education system, and that is the rigidity of its chronological age boundaries. It’s worth listening again to the words of Sir Ken Robinson in this YouTube video, when he says:

“We still educate children by batches… we put them through the system by
age group. Why do we do that? Why is there this assumption that the most important thing kids have in common is how old they are? …It’s like the most important thing about them is their date of manufacture. …If you’re interested in the model of learning, you don’t start from this production line mentality.”

Private schools already allow greater FLEXIBILITY: the age children start school, and consequently the age at which they begin formal learning, is not decided according to a strict annual August 31st / September 1st cut-off, and yet their ‘out of year’ children are not adversely affected. Listen to parents, and listen to what so many of our children are saying to us at home, and it’s clear that we just can’t afford to ignore the benefits that greater flexibility offers.