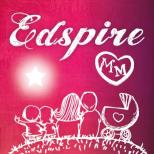 Certainly not the first case of this we’ve seen, but probably one of the most eloquently communicated.

Jennie Edspire, a mother who had already gone through two incredibly traumatic experiences in her life, fought as hard as she could for her children to enrol in Reception class at CSAge.

But when Kent County Council said they’d have to miss a school year somewhere later on in primary school if she wanted them to sit Kent (grammar school) Test, she conceded defeat.

This entry was posted in EXAMPLE CASES. Bookmark the permalink.