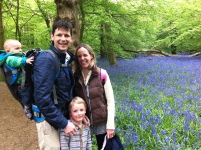 Last week, Nicholas Bevington, the head teacher of Town Close School in Norwich, one of the country’s leading independent preparatory schools, contacted the Summer Born Campaign group after reading about us in this Independent article.

Through his own personal and professional experience, he has come to the conclusion that parents should be allowed to choose whether their child enters Reception class at or before compulsory school age. He believes that forcing summer born children to miss a year of school if parents exercise their right to wait until their child turns five is not in the child’s best interests. He says it is fundamentally unfair that summer born children who start school when they turn five routinely receive one year of education less than their autumn born children starting school at the same age.

And yet in Norfolk, we are aware of numerous cases of refused Reception class admission, and children forced to skip a year of their education part way through primary school.

This is Nick’s story:

“I have seen the disadvantage faced by some summer-born children in education at first hand over many years. I am convinced that for some children starting school when they have just turned four, alongside other children almost a year older, it can be a recipe for struggling to keep up with the expectations and being perceived to have less potential than older members of the year group.

Since the birth of my first son, who was born in late August, I have had a chance to see this issue from a parental perspective too. My son started nursery and school as the youngest in his year and, though I was acutely aware of the potential disadvantage of his date of birth, I remained hopeful that he seemed advanced, mature and ready to cope.

All seemed fine at Nursery and even at the beginning of Reception. But when the academic side of learning was progressively introduced it became ever more clear that he was just not ready for the curriculum, despite tests that showed him to be well above average for his age in terms of learning potential.

By Year 1, we were aware how much he still needed an early years education and worried that he was just not ready for the Key Stage 1 programmes of study. Alongside his teachers, we took the difficult decision to move him down at Christmas. We were able to take this because based purely on his needs because he is at an independent school. Despite the challenge of the transition, we have never looked back.

The effect of the extra year has been unbelievable. It is not that he is suddenly the best at everything – he is not – nor that every challenge he had before has gone, but it is the difference between having the foundations to cope, and not.

I feel that we, and the School, have given him a very precious gift that should be available to all children in a similar situation who need it.”

This entry was posted in CAMPAIGN UPDATES, EXAMPLE CASES. Bookmark the permalink.