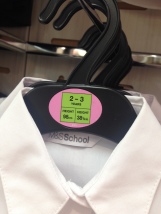 The Sydney Morning Herald has reported on the Summer Born Campaign in England in its special July 19 feature: When should children start school? Answer differs around the world.

Colleen Ricci writes, “The age at which children compulsorily begin their formal education has become a controversial topic in England…

“According to reports, these decisions are exacerbated by inflexibility in the system: parents of five-year-olds report feeling pressured by local authorities to forgo Reception and enrol in year 1, unless they can prove exceptional circumstances; while parents of four-year-olds report feeling compelled to enrol their children in Reception sooner than they would like, for fear they will otherwise be unable to secure a year 1 place in their preferred school the following year.

“…evidence suggests that some local authorities, in charge of school admissions within their jurisdiction, have misinterpreted their legal obligations under the code, and stand accused of prizing “bureaucratic neatness” above the individual needs of children. While the government issued new guidance on the matter last December, many claim the wording lacks clarity and has “made matters worse”. They say it leaves parents feeling they are in a “postcode lottery”, with some councils providing flexibility and others not.”