United Nations Convention on the Rights of the Child 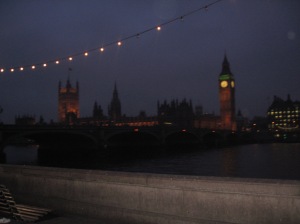 On November 21, 2013 in response to the UK’s call for views ahead of its next (fifth) periodic report to the United Nations Convention on the Rights of the Child (UNCRC), journalist Pauline Hull submitted the following suggested ‘additional example / supplementary evidence for inclusion’.

In England, following complaints from parents of summer born children whose wishes for their children to start school in Reception Class (the entry class to primary school) at compulsory school age are being denied by local admission authorities, the Department for Education published new non-statutory advice* on July 29, 2013, which it said should be read in conjunction with the 2012 School Admissions Code.

In September 2013, Parliamentary Under-Secretary of State for Education Elizabeth Truss followed this up by stating in Parliament, “What we want to do is to empower parents… It should be the parents who are the primary decision-makers when it comes to deciding which route is most appropriate for their child and which environment will enable their child to thrive. We are absolutely clear that parents should be able to say to a school, “We want our child, who is aged five, to enter reception”, if they feel that that is in the best interests of their child.”

While this assertion was wholly welcome, it did not reflect the July 2013 advice, which says, “School admission authorities are responsible for making the decision on which year group a child should be admitted to [and parents] do not have a right of appeal if they have been offered a place and it is not in the year group they would like.”

Monitoring of incoming complaints to the Department from parents continues throughout the current 2014 admission applications round, and response from some admission authorities to date have been very concerning. It is perhaps too soon to tell whether the July 2013 advice has been effective but it is certainly an issue worthy of U. N. attention.

It is very important that every parent is able to exercise genuine choice, protect their child’s legal right to an effective education, and to have confidence that decisions made at a local level are primarily in the best interests of their child. This is especially important given the evidence that summer born children are more likely than other children in their year group to be classified as having Special Educational Needs. Therefore, parents who know their child is not ready for school at age 4, and have serious concerns about their child’s ability to join Year 1 at age 5 without facing the well documented negative repercussions of missing out on reception class, need urgent government action to help them achieve this lawful choice and to protect the rights of their child.

[Note: The Department for Education says “the UN committee has provided detailed guidance on the format and length of the report and we will therefore be trying to keep to this as closely as possible in the final version. The department will give careful consideration to all responses.”]

This entry was posted in CAMPAIGN UPDATES, EDUCATION COMMITTEE EVIDENCE, THE DEPARTMENT FOR EDUCATION. Bookmark the permalink.