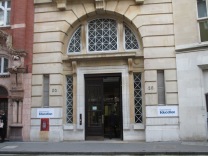 DfE Ministers (very likely because they have limited detailed knowledge of what DfE officials are actually doing behind the scenes – though this is no excuse) keep stating publicly that “the key thing is flexibility“; we want to “empower parents” and we “will take action [if schools] are not paying attention to parental demand“.

But the truth is, the DfE has made a bad situation (2012 Code) worse (2014 Code), and even rewritten its Summer Born Advice in a way that gives admissions authorities more loop holes than ever before, and has helped them to ‘legally’ refuse fair and equal access to 12 years of education for our children.

In 2012, it was defined as “An entry class to primary school” but since December 19, 2014 it is now just “a class”.
This amendment appears to have been made in order to better reflect the DfE’s position that ‘technically‘ Year 1 is the start of school, and ‘children are not entitled to 7 years of primary school if starting school at CSAge‘.

The 2014 Code contradicts the 2012 Code (and therefore the DfE has contradicted itself and its own previous interpretation of the SSFA 1998) by now legislating Year 1 as the relevant age group for all summer born children applying for first time entry to school at CSAge, and says parents can only “request” entry to Reception class, with no right of appeal if Year 1 is offered instead.

The DfE (ab)used its legislative powers via the Code to construct an admissions process for summer born children that matched the department’s view (not the view of primary legislation) that “technically” Year 1 should be the start of school for CSAge summer born children.

Despite numerous requests (including at meetings with the DfE), and evidence of harrowing consequences for children, the 2014 Code contains no procedural safeguards to stop schools and/or admission authorities forcing a summer born child to leapfrog a year of school (into their ‘correct’ chronological year group) against their parents’ wishes, at any point in either their primary or secondary education.

On the contrary, the DfE has confirmed to parents that they have no right to insist that their summer born child receive 7 years of primary education (only an education which meets their needs), even though children have received these 7 years in England for decades, and any unauthorised absence during this period is now a criminal offence.

The Summer Born Campaign group has always maintained that section 2.17 of the 2012 Code was never intended for the purpose of first entry admissions to school, and stressed this to the DfE on numerous occasions. In particular, there is no right of appeal, which every other primary school entry applicant has the right to, but also, the reasons cited for ‘admission outside normal age group’ were clearly in the context of a child already in school:

For more than two years, we pointed out that even if 2.17 were applied to summer born children starting school, essentially they had all missed not just “part of a year” but a whole year, and should therefore logically qualify for Reception class entry at CSAge.

But the 2014 Code now reads: “Parents may seek a place for their child outside of their normal age group, for example, if the child is gifted and talented or has experienced problems such as ill health.”

Ironically (and this is a generous description of the DfE’s actions), the DfE removed any reference to the child having ‘missed part of a year’ in 2.17, in full knowledge that some councils in its Summer Born Admissions Stakeholder group (a group to which the Summer Born Campaign group has never been invited – despite representing an increasingly large user group of the people most affected by the Code and Advice) are wholly against flexibility for children without SEN.

Summer born admissions are predominantly based on CSAge legislation, but many admission authorities are now insisting on medical, academic and social ‘evidence’ to support a CSAge school start.

“Admission authorities must make decisions on the basis of the circumstances of each case and in the best interests of the child concerned. This will include taking account of the parent’s views; information about the child’s academic, social and emotional development; where relevant, their medical history and the views of a medical professional; whether they have previously been educated out of their normal age group; and whether they may naturally have fallen into a lower age group if it were not for being born prematurely.”

Bear in mind, the DfE Advice says parents should make their ‘request’ one year early (and apply for an age 4 start they don’t want), which means that at the time of submitting all the information above, their summer born children are just 3 years-old.

How many 3 year-olds have “previously been educated out of their normal age group”?

My own summer born child wasn’t even in pre-school or nursery when I made my ‘request‘ for a fair and equitable CSAge start in Reception.

And with respect to children who “may naturally have fallen into a lower age group if it were not for being born prematurely”, their CSAge legal right is the exact same as any other summer born child – to choose to wait until the term following their 5th birthday before starting school.

The DfE does not offer parents of children born two weeks overdue the option of leaving school one year early – in the ‘higher age group they may naturally have fallen into‘. And under no other circumstance, in no other area of DfE policy, for no other children than those born in summer, does the DfE suggest that there may be “individual circumstances” or evidence of “best interests” for a child to miss a year of school against their parents’ wishes. It’s as illogical as it is unfair.

The DfE knew that different admissions authorities’ policy positions meant a postcode lottery (e.g. no special reason other than ‘summer born’ can be supported by one admissions authority while a huge pile of professional and medical ‘evidence’ can be rejected by another); it also knew that parental knowledge, and the ability to fight for fair access, is widening the inequality gap because many parents denied flexibility can often feel powerless to fight or do not have the financial resources available to pay for private, independent ‘evidence’ (which many are now doing). Or indeed to fight in the knowledge that they have a ‘back-up plan’ of home education or private education.

This new change in the 2014 Code has had negative repercussions for some parents of summer born children who had had their request agreed to by the council (as the admission authority), but then the council said the parent must also seek permission from each individual school, and the council will give weight to the views of those schools as part of its decision-making process.

Disagreement between schools and councils on this issue is not uncommon, and in fact prior to the 2014 Code, a number of parents had succeeded in securing a CSAge Reception class start by gaining agreement from a school that is its ‘own admissions authority (e.g. Free School, Academy or Voluntary-Aided) when the council had said ‘no’ – or vice versa, gaining agreement from the council when the school/s had said ‘no’.

This change has resulted in some parents (with requests already agreed for September 2015 and 2016) facing making their “request” again – with schools – and has also meant that previously ‘very flexible’ councils are now waiting to hear from head teachers before agreeing to individual requests. Couple this with the increased expectation of ‘evidence‘ and it’s clear that things have got worse.

*Committee on the Rights of the Children General comment No. 14 (2013) on the right of the child to have his or her best interests taken as a primary consideration (art. 3, para. 1) Adopted by the Committee at its sixty-second session (14 January – 1 February 2013).

The admissions process for first entry to school (and despite primary legislation defining ‘relevant age group‘ as above, and Reception class as “a class in which education is provided which is suitable to the requirements of pupils aged five and any pupils under or over that age whom it is expedient to educate with pupils of that age”) is completely different for summer born children.

It starts a whole year earlier than any other child, can involve two rounds of stressful applications instead of one, reduces the statutory number of school preferences that parents of all other children have (since parents can only apply to schools where their ‘request‘ for Reception class has already been agreed), and CSAge entry to school does not guarantee the same 12 years of education as everyone else.

As noted in the first two points above, the DfE deliberately changed definitions in its 2014 Code to help justify forced Year 1 entry to primary school for CSAge summer born children.

But since both (2012 and 2014) Codes also say: “Each relevant age group must have admission arrangements, including an admission number“, where is the requirement for schools to have published admissions arrangements for CSAge summer born children entering Year 1?

Instead, parents are being told they must make an “in-year application” for Year 1, with none of the same application rights that parents of other children have when applying for a Reception class place as per the ‘normal’ admissions round.

On February 22, 2015, the Telegraph reported on new research from the Department for Education, which found: “Just one week off will set a child back in school“.

The Education Secretary, Nicky Morgan, is quoted: “The myth that pulling a child out of school for a holiday is harmless to their education has been busted by this research. Today heads across the country have been vindicated – missing school can have a lasting effect on a pupil’s life chances.”

Now look at the DfE/DoH’s August 31, 2011 ‘Supporting Families in the Foundation Years‘ document:

“reception classes will consolidate and extend children’s learning before moving to key stage one… Within the foundation years, the reception year, as children approach the transition to key stage one of the National Curriculum, is particularly crucial”

And the April 26, 2012 DfE document ‘Families in the foundation years‘:

“Making a good start in the first year of primary school, known as reception class, is critical in enabling children to do well and enjoy their later years at school… a good start in life means that… there is a fair opportunity for all to succeed.”

Yet by November 7, 2014, and despite public Ministerial assurances of flexibility, the DfE was writing to parents saying:

“The department would agree with the Council that, in general, children should be educated in their normal age group, with the curriculum differentiated as appropriate, and that children should only be educated out of their normal age group in very limited circumstances…” The DfE repeated the phrase “limited circumstances” in its December 2014 SB Advice.

“Parents are under no duty to send their child to school before compulsory school age. However, they do not have a right to insist on the year group they are admitted to – or to insist that they receive 7 years of primary education… However, children do have an entitlement to receive an education which meets their needs.”

Many, many more examples of inconsistent and questionable DfE communication can be read in the Appendix of the Education Committee Written Submission by Michelle Melson and myself, but I will conclude here with a quote from the DfE in the Birmingham Mail’s February 22, 2015 report: ‘Summer baby’ Olivia could miss her entire reception year if school demands she begins in Year 1

DfE: “We changed the school admissions code last year so that it is more flexible for parents of summer-born children, making it easier for them to defer their child’s entry.“

The experience and evidence of a 2000+ Facebook group of summer born parents says otherwise, and a brief read of the responses from Local Authorities during the 2014 Code consultation process clearly demonstrates who the DfE made things easier for…

This entry was posted in CAMPAIGN UPDATES, EDUCATION COMMITTEE EVIDENCE, THE DEPARTMENT FOR EDUCATION. Bookmark the permalink.