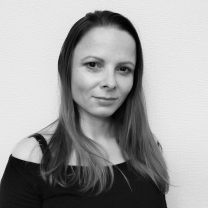 Michelle Melson (pictured): “Tinkering with tests is not going to fix the summer born issue. It’s not the answer to children missing a year of school.“

Fiona McGuckin: “We want them to have the same access to education as their autumn born peers.”

Michelle Melson: “From our group, which is over 8000 people… it has taken supposedly middle-class people to push this issue forward and help everybody.”

Deborah: “I don’t really know why they don’t want this to happen; surely it’s to their advantage not to have children who are struggling in their Reception classes every year.”

Primary school teacher Monique: described a situation in her own school where summer born children, who had had a Reception class entry at CSAge agreed, were instead skipped ahead to Year 1 at the last minute, and then “struggled the whole year trying to catch up with these classmates” (one even hitting out physically in frustration) because “they’d missed Reception”. This was because their birth years didn’t fit into the school’s administration system…

Notably, there was no comment from the Department for Education, which ultimately is responsible for the postcode lottery parents and children now face, but Michelle and I continue to communicate with the department, despite disappointment in its failure to commence with its promised School Admissions Code consultation.

Irrefutably, children’s lives (social and emotional wellbeing, as well as academic) are being adversely impacted right now, and the government is failing to support them.

The DfE’s ambiguous 2014 Code highlights why it’s so important to get the legal wording on summer born admissions right going forward, and in the meantime, parents continue in costly and stressful local battles with schools and council.

In stark contrast, parents living in areas like these, where children are not being forced to start school early or miss a year of their education, face no battles at all.

Thank you to everyone in our Summer Born Campaign group for contacting the BBC, tweeting, and commenting here with your experiences.