New Leaf for Liverpool as Council says: ‘All Summer Born Requests Will Be Granted’ 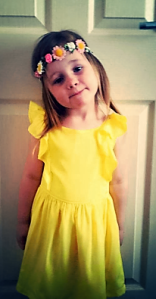 Excellent news this week from Liverpool City Council:
“All summer born children whose parents request a deferral will automatically be granted…“*

This was something Summer Born Campaign member Lauryn Douglas, mum of four year-old Isabella, thought she might never hear following a 12-month battle with the council’s admissions department; her request was denied by a ‘panel of teaching experts‘ not once, but twice.

Fortunately, despite a journey fraught with setbacks, Lauryn received overwhelming support from her local MP Stephen Twigg (Labour and Co-operative, Liverpool West Derby) and his office staff, and most recently, Joe Anderson, the Mayor of Liverpool, who offered  summer born children his full support. In fact, notably, it was Lauryn who introduced Stephen Twigg MP to the Summer Born Campaign, and he became one of our earliest MP supporters after Michelle Melson met with him in his constituency, on February 26, 2015, to explain the summer born issue.

Lauryn also had the support of her school’s head teacher, but nevertheless the panel maintained that their own evidence outweighed the head teacher’s view and that of Isabella’s own parents.

All admission authorities are required by law to make a decision based on a child’s best interests, but in Isabella’s case, there appeared to be no consideration of whether it was in Isabella’s best interests to be admitted to Year 1 rather than Reception class – only that the council did not think Isabella was developmentally delayed in relation to her peers and therefore did not need to delay school entry.

Indeed the Department for Education advised Liverpool City Council that it had concerns about whether this argument complied with the School Admissions Code, as best interests for Year 1 entry had not been set out.

Furthermore, on August 19, 2015 a member of Liverpool City Council’s admissions staff said in correspondence to Lauryn:
“I can agree with your view and state that it is in no child’s best interest to miss reception class.”

But then continued:
“However, considering your request in accordance with the Code the panel of teaching experts recommendation on your request for Isabella was that there was not enough evidence to suggest why reception class deferral would benefit her.”

In desperation, Lauryn then contacted Joe Anderson, the Mayor of Liverpool, who kindly invited Lauryn to meet with him to discuss her concerns.

This meeting took place in Liverpool on August 24, 2015 (with the people below also in attendance), and was extremely valuable and worthwhile.

Michelle Melson says, “The Mayor was warm, welcoming and sincere; he had clearly reviewed the situation and was fully in favour of parental choice and the aims of the Summer Born Campaign.

The news could not have been more welcome, particularly to Lauryn, who has now had formal written confirmation that daughter Isabella will not be forced to join Year 1 instead of Reception class in September 2016.”

The potential savings to the tax payer alone of Liverpool’s new stance, in addition to the child’s best interests (i.e. not missing a year of school), will be significant now that all this documentation gathering and panel process are no longer necessary for each parent’s request.

We’d like to thank Liverpool City Council for promising to act in the best interests of all summer born children and ensure that they are not made to miss a valuable year of school – or forced to start school prior to CSAge if this is not what the parent wishes.

This entry was posted in CAMPAIGN UPDATES, EXAMPLE CASES, MEMBERS OF PARLIAMENT. Bookmark the permalink.

18 Responses to New Leaf for Liverpool as Council says: ‘All Summer Born Requests Will Be Granted’